As the aging population increases globally, it is integral to find effective and affordable ways to increase older adults’ independence, improve their quality of life, and decrease the risk of life-threatening injuries. Telehealth technology has the ability to accomplish all of this and more, and presents an exciting way to empower and educate elderly patients about their health.

Living Longer, but not Healthier

As healthcare technology has improved over the years, the world’s aging population has rapidly grown. Currently, 8.5% of people worldwide (617 million) are 65 years and older. Global life expectancy is on the rise, and is expected to increase from 68.6 years to 76.2 years by 2050. In the United States alone, the 65-and-over population is projected to nearly double by 2050, growing from 48 million to 88 million. Additionally, according to the U.S. Census Bureau, people aged 65 and older are expected to outnumber people under 18 by 2030, which would be a first in U.S. history.

Although people are living longer, they are not necessarily living healthier lives. Some of the most common diseases that afflict the aging population include cancer, heart disease, Alzheimer’s disease, pneumonia, and many more. According to the CDC, only 41% of people over 65 report that they are in good or excellent health.

Another debilitating cause of illness in the aging population is falls. Risk of falling increases with conditions such as dementia, visual impairments, muscle weakness, anemias, and many others. Certain medications can also increase risk of falls, like antihypertensives, diuretics, and analgesics.

Falls are the 7th leading cause of death in elderly individuals, and every year, 2.5 million people aged 65 and over are hospitalized for falls. Of those people, one third are rehospitalized within one year due to related issues. Over 50% of falls among the elderly result in injury, and a common injury is hip fracture. The mortality rate for an elderly individual 12 months after a hip fracture is 18-33%, which is very troubling.

Not only do falls have negative impacts on health, risk of falls in the elderly also dramatically impacts independence and quality of life. This is why fall prevention is so important; as the aging population increases, it is important to preserve their health and independence for as long as possible. 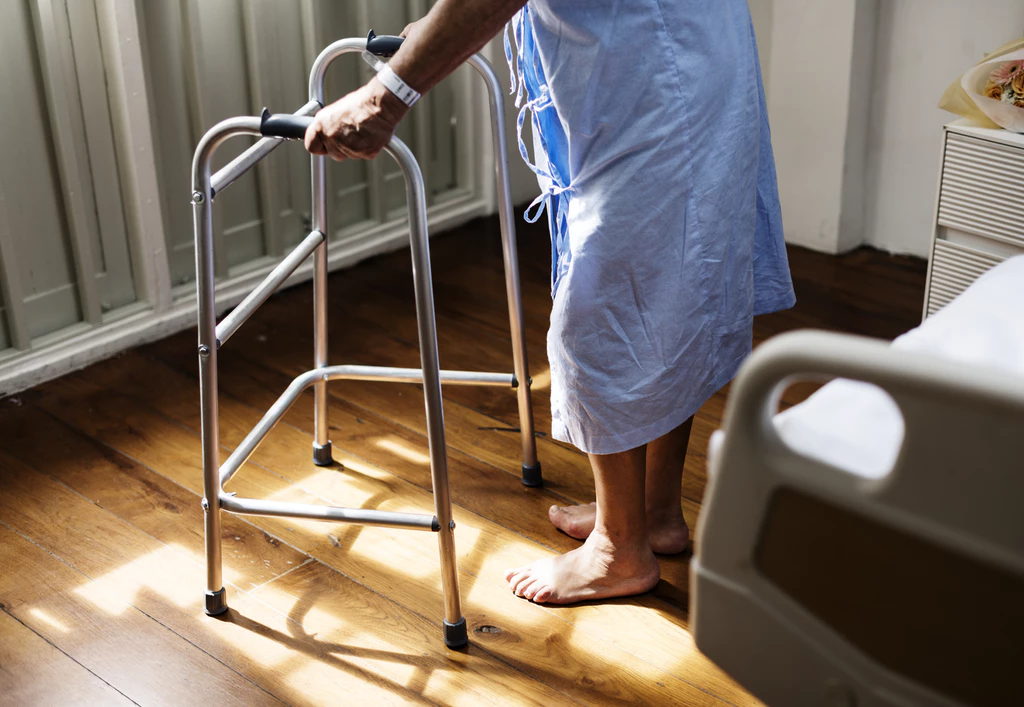 In a study conducted by the Instituti Clinici Scientifici Maugeri IRCCS, a Care Continuity Unity and Telemedicine Service, and the Cardiology Department of the Institute of Lumezzane in Italy, a 6-month tele-rehabilitation home-based program was designed and tested to prevent falls in older adults.

The patients in the study had one or more chronic diseases that included cardiac, respiratory, neuromuscular, and/or neurologic conditions. The 283 patients and participants were between the ages of 72 and 86, and they were considered to be at a high risk of falls. They were also discharged home after in-hospital rehabilitation, and were randomized to receive either a home-based program or conventional care.

The home-based telehealth program included fall-prevention exercises to strengthen muscle endurance and balance. Each patient’s program was personalized by their physical therapist before they were discharged from the hospital. Every patient was given a booklet with detailed instructions about the exercises and a diary to record activity and potential falls. Patients were also contacted via telephone or in-person visit if their diary had any concerning information, along with periodic check-ins.

Telesurveillance was also used through phone calls to each patient. On these calls, the health care provider would gather information on disease status and events, while also offering instructions on any diet, lifestyle, and/or medication changes that need to be implemented. Video consultations were also used to make sure that exercises were being performed correctly and thoroughly. All patient data was available on a web platform that was accessible to their health care providers. Conventional care was the typical hospital discharge with at-home instructions on how to conduct exercises.

Not only does this present a promising way to prevent falls in the elderly population, but it also allows elderly patients to feel more empowered and in-control of their safety and overall health. Patient empowerment and education plays a large role in their recovery, and the continuous nature of a telehealth program allows patients to stay on top of what is going on with their recovery.

Overall, telehealth intervention is able to reduce the instance of debilitating falls, increase patient autonomy, and reduce the costs of rehospitalization. As the aging population increases, telehealth is a great way to ensure that as people get older, they stay healthy and safe.

The Economics of Telehealth