Telehealth on the Front Lines of the Refugee Crisis

According to the United Nations Refugee Agency (UNHCR), there are currently 68.5 million displaced persons globally as a result of conflict, war, ecological devastation and human rights violations—the highest level ever recorded.[1] As a result, refugee settlements and other forms of shelter for the displaced have proliferated rapidly around the world, forming the backbone of a global humanitarian crisis.

Permanent or temporary, forced displacement carries with it physical, emotional and psychological consequences. Refugee settlements, while providing much-needed shelter to those in need, are typically erected in remote areas with little to no access to necessary resources such as clean drinking water, food, sanitation and basic health care services.

Those unable to flee do not fare any better. In Syria, where over 12 million people have escaped to neighboring countries, there are people living in abject poverty, unable to find work or receive medical attention due to the shortage of employment opportunities and medical facilities, the latter of which have been direct and indirect targets of extremist groups. Last year, over the course of just ten days, at least 10 Syrian hospitals and medical centers were struck by artillery fire,[2] killing scores of patients and aid workers. The organization Physicians for Human Rights has estimated that 726 healthcare professionals have been killed in Syria since 2011.[3]

As a result, few hospitals and medical centers remain open in areas of conflict. The vulnerability of the patients, aid workers and clinicians that operate within them, as well as the lack of health services and medical personnel in refugee settlements, has created a global public health crisis that has left entire groups of people behind and unable to receive adequate mental or physical health services.

The Role of Telehealth

Telehealth has the potential to address these critical care gaps among the most vulnerable and remote populations. In 2013, the US-based Syrian American Medical Society (SAMS), a non-profit organization dedicated to serving Syrian clinicians and aid workers abroad, adopted the use of telehealth through “a 3-pronged approach of e-learning programs, telemedicine, and telesurgery.” The program not only allows physicians from the U.S. and other countries to diagnose and monitor patients remotely using real-time video conferencing software in the ICU units of hospitals, but it also facilitates a virtual forum where clinicians can consult with one another about more complex patient diagnoses.[4] All of this is done without having to physically bring clinicians and aid workers into unsafe working environments that could endanger the lives of both medical personnel and patients.

Similarly, Medicines San Frontieres (MSF) has leveraged the power of technology to advance its crucial medical mission around the globe. In 2010, it adopted store-and-forward telemedicine in their clinical work abroad. On a typical day, case managers receive texts from MSF staff located in all parts of the world – the Democratic Republic of Congo, South Sudan, Syria and Lebanon to name a few – asking questions like should they amputate a child’s arm? Is a condition life-threatening?

Coordinators then triage those alerts to specialists and in a matter of hours, local staff receive their answer and are able to proceed with more clinical confidence. For example, with surgery inquiries making up about 10% of all MSF alerts received, telemedicine has connected ophthalmologists and orthopedic surgeons with local care teams, which has reduced unnecessary referrals, treatments and diagnostic exams.[5] This approach has not only reduced many of the barriers to health care access for refugees, but also supported their continuity of care by paving the way for a more integrated care delivery model as scattered care teams, aid workers and specialists are able to collaborate and share their knowledge. 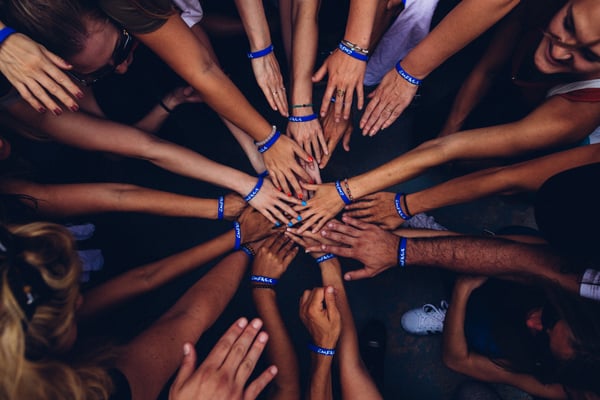 Furthermore, telehealth can also be used to provide critical mental health services, or telepsychiatry. In the destabilizing context of forced displacement, many refugees report experiencing post-traumatic stress disorder (PTSD) and anxiety at alarming levels that far surpass those of non-refugee populations. They are also more likely to have psychiatric comorbidities that go unaddressed.[6] Despite this alarming statistic, there is a critical shortage of psychiatrists available in those countries that host refugees – approximately 0.5 per 100,000 people in Syria, Yemen, Iraq, Libya, Morocco, Sudan and Somalia combined.[7] Unsurprisingly, there are even less than that inside the refugee settlements themselves. The end-result looks like this: a fractured ecosystem of care riddled with gaps, a shortage of psychiatrists, overworked aid workers, and undertreated, undiagnosed patient populations left in the wake of it all.

Two studies highlight the large potential for telehealth’s impact abroad. A randomized clinical trial conducted in 2016 found that cognitive processing therapy delivered via video-conferencing technologies (VTC) was just as effective as in-person treatments of PTSD in Iraq and Afghanistan veterans.[8] Another study confirms that there exists openness among refugees to receiving telepsychiatry services, even after controlling for variables such as age, gender and pre-existing conditions.[9] Thus, telehealth would allow psychiatrists and other health professionals to effectively provide individual or group therapy sessions, patient education, symptom assessments, psychological evaluations and medication management to refugees whose lives have been upended by trauma, violence or war.

While telehealth remains a promising solution that would expand access to crucial medical services, it is important to weigh the variables that could impede its adoption and usability on an international scale.

Consider the connectivity aspect. The use of telehealth requires the existence of an appropriate IT infrastructure which enables 3G or Wi-Fi connectivity to mobile devices. While this could potentially pose a barrier for refugees living in remote areas, a 2017 study conducted by Accenture and commissioned by the UNHCR suggests that it might not be as prevalent of a problem as we may think. The study found that “while rural connectivity lagged behind urban areas, 93 percent of all refugees live in areas that are at least covered by a 2G network, and almost two-thirds (62 percent) of refugees live in locations covered by 3G networks.” This is more than enough to sustain effective connectivity between providers and patients; in cases where it may be inconsistent, some care delivered to patients is better than no care at all, especially amid a humanitarian crisis.

Financial skeptics of telehealth’s adoptability can be similarly assuaged. While the commercial use of telehealth in the U.S. typically relies on private pay or reimbursement in a highly-regulated and complex payer environment, national and international NGOs have laid the groundwork for successful collaborations that have made telehealth more affordable for everyone involved. Direct Relief, MSF, SAMS and World Telehealth Initiative have forged partnerships with private vendors and local community partners to obtain telehealth equipment (usually via donations or grants) and distribute it to those areas that need it the most.[10]

While the regulatory environments around telehealth may differ between countries and should certainly be taken into consideration before implementation, these past collaborations between key multilateral players – both public and private – have demonstrated that affordability and connectivity are not impossible obstacles to overcome when it comes to delivering health care to patients. As shown, it has been done successfully before.

The Ripple Effect of Telehealth

On a higher level, the adoption of telehealth would have positive cascading effects on those vulnerable patient populations that are unable to receive the health care they need. Not only would it allow health professionals to care for more patients, but would also lead to increased cost savings, more coordinated and continuous care, safer working conditions, increased accessibility to both mental and physical health services for patients that would otherwise be unable to access care, and improved patient outcomes.

For physicians like Dr. John Lawrence, MSF-USA Board of Directors president, telehealth is not just a matter of treating patients remotely using technology. It is the difference between a Syrian child dying from a pelvic tumor reoccurrence and being saved by a clinical team’s ability to exchange wound images with specialists and refer the child to the appropriate surgical team.[1] At its core, this is what telehealth is all about: eliminating barriers and borders to care.

[3] JT Ripton, “How Telemedicine Is Becoming a Savior in Syrian Refugee Crisis,” AJMC (May 13, 2016). https://www.ajmc.com/contributor/jt-ripton/2016/05/how-telemedicine-is-becoming-a-savior-in-syrian-refugee-crisis

[4] JT Ripton, “How Telemedicine Is Becoming a Savior in Syrian Refugee Crisis,” AJMC (May 13, 2016). https://www.ajmc.com/contributor/jt-ripton/2016/05/how-telemedicine-is-becoming-a-savior-in-syrian-refugee-crisis

A Comparison of Telemedicine vs. Usual Care for Diabetes Management

Building a Telehealth Program: Where Do I Start?

The Hospital at Home Model, Explained